Do you wonder if your family will be safe in a tornado or storm? The Granger ISS Storm Shelter is the leading option to your family's peace of mind. Having a safe place to during an emergency storm or tornado situation is an investment into the security of your household. When considering the many various types of storm shelters available lots of questions will certainly develop. Understanding the differences between these units is the initial step to ensuring your investment goes as far as possible.

When thinking of purchasing a storm cellar, the type, size, material and setup are just a few of the numerous main factors to consider. Discovering a storm shelter manufacturer that can be trusted and will certainly be available for their consumers ought to likewise be high up on the top priority list. It is important to research study and trust the company making this life saving product for your family. You want to ensure that they will be open when you need them, but that they will be in business in the future if an issue ever arises, as a number of fly by night operations typically cease to exist after a couple of storm seasons.

Storm Shelter on The Weather Channel

Watch the video to the right, as Alli Cravens, Sales & Marketing at Granger Plastics talks about the industry leading Storm Shelter on The Weather Channel. Alli talks about the features, the durability and why your family may want a peace of mind or the safety and security of a proven, leading underground storm shelter.

In the video to the right, watch as the Granger ISS Storm Shelter undergoes a number of manufacturing steps including the rotational molding process, foam filling, secondary welding and assembly and more. With over 20 years of industry leading experience, Granger Plastics continues to provide high quality safety solutions to households all across the globe.

Being underground is the best place to be in a tornado or severe storm. Many experts will tell you that being in an underground storm shelter created to safeguard you in these storms is much safer than any basement. Above ground shelters are offered however being above ground just is not as safe as being in the ground. The most fundamental part of an underground storm shelter is the door. Doors that have actually been tested to hold up against an F5 Tornado will be abler to confirm that they have exceeded FEMA 320 requirements. See the Storm Shelter testing video to left.

How big of a Storm Shelter do we need?

The size of a shelter needed is mostly figured out by the size of the household using it. Though a lot of storms will certainly not need long stays in a shelter, making certain there is comfortable seating and ample room for some emergency products is essential. Most severe storms and tornado activity passes in a matter of just 15 to 20 minutes typically, while record breaking tornado outbreaks have lasted closer to an hour in duration. See in the video clip to the right, a family of (7) exiting the Storm Shelter.

The products that an underground shelter is manufactured from drastically affects upkeep and lifespan of this type of product. Some materials degrade much faster than others, particularly if they are buried in the ground. Various shelters require various degrees of maintenance which can include painting, cleaning, covering fractures or degeneration, oiling hinges, checking latches and scraping rust. Another set of concerns raised by a number of underground shelter owners is how will condensation effect my storm shelter unit. 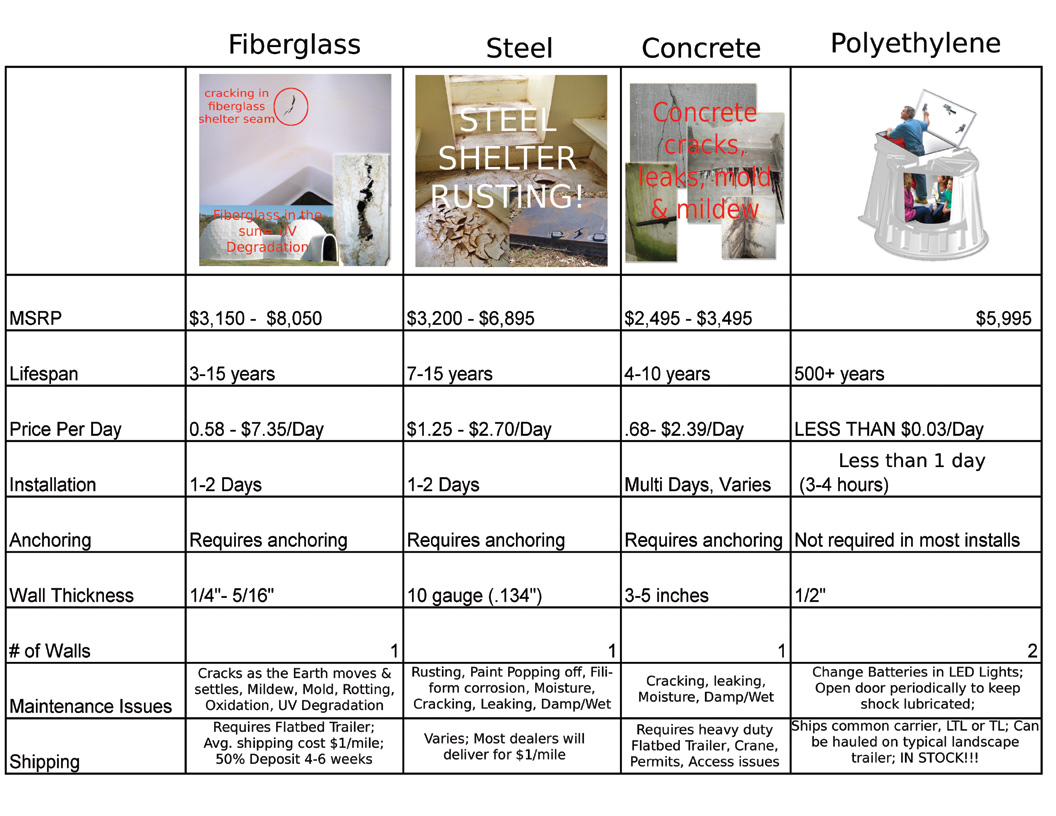 The Granger ISS is a rotationally molded storm cellar made practically totally of polyethylene. The polyethylene building of the Granger ISS will last longer than other material on the marketplace. This shelter has a double wall design which is foam filled for additional rigidity and strength. The foam likewise works as an insulator making the interior of the shelter more comfy. The Granger ISS has a reverse taper design which does not need the device to have an anchoring system. This implies a much faster easier setup which it can be installed in many locations other underground shelters would have concerns. Despite soil condition, water tables or virtually any space building, this shelter installs in 4 hours or less, seats six or even more, has a number of added security functions and includes a life time warranty versus product degeneration consisting of splitting, leaking, decomposing or rusting. The experience and commitment of Granger Plastics Company displays in production and security requirements has actually provided comfort to individuals across the world. America trusts this authority and is picking the Granger ISS to secure their families. 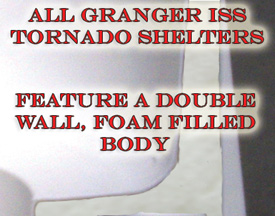 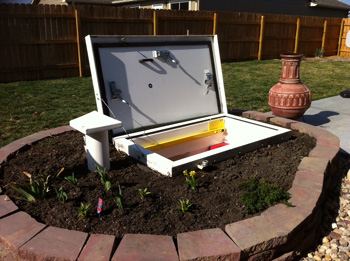 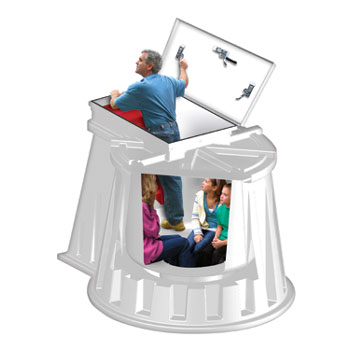 Scroll your mouse across any of the Granger ISS Storm Shelter features below to see the feature pop up!

As you can see demonstrated above, the Granger ISS Storm Shelter is the only single family storm shelter to offer such an array of innovative safety features. It is also the only Storm Shelter to actively address condensation issues, by offering the only double wall, foam filled unit in the industry. 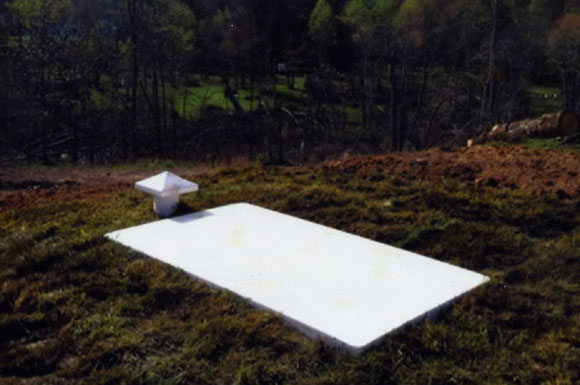 For more information on the Granger ISS Storm Shelter: Click Below 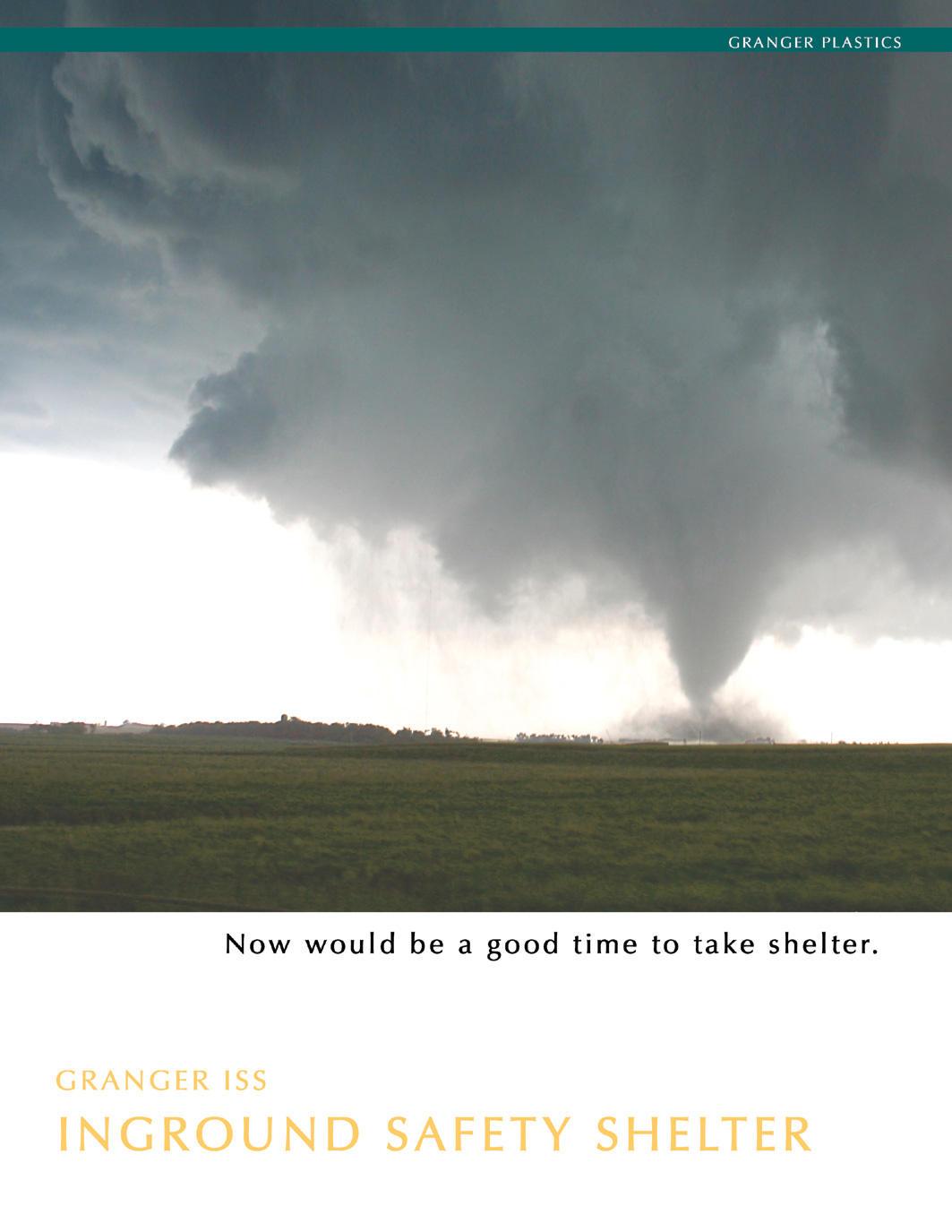